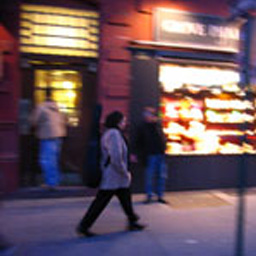 "She has such an insightful way with lyrics that she makes old stories new again." — Dirty Linen Magazine

a sampling of songs by Eve Silber 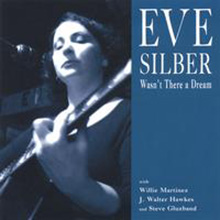 CASTLES IN THE SAND

From the album "Wasn't There a Dream". Eve Silber (guitar and vocal), Willie Martinez (drums)

WASN'T THERE A DREAM

THIS REVOLUTION IS NOT LEAVING

a song from and for Occupy Wall Street, composed May Day 2012

BERNIE I'M RUNNING WITH YOU

WHAT ABOUT CLIMATE CHANGE

While in office, Michelle Obama revealed in an interview that sometimes at their nightly family dinners Malia says to Barack "So...what about climate change?".

Featured on the compilation album "Buy This Fracking Album".

Anti-fracking and its pipelines.

Composed with a small group for May Day, 2013

From the (cassette) album of original songs "Songs" derived and dedicated to her studies with Dave Van Ronk. Eve Silber, solo guitar and vocal.

THE LIKES OF YOU

Based on the Dave Van Ronk arrangement of Wilson Street Rag -- here recorded by Fast Folk Records and archived by Smithsonian Folkways Recordings.